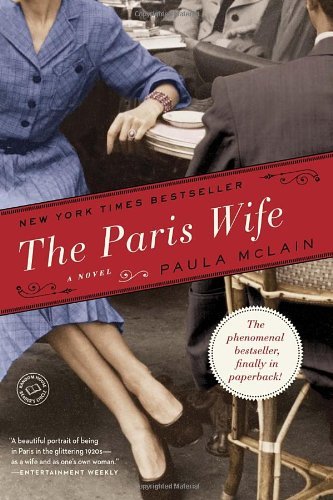 It’s been a while since I’ve blogged!  I’ve slowed down a lot on blogging (boo!) and even a teeny bit on reading due to some other projects and responsibilities (oh, back in the days of college when I thought being an English teacher equaled reading all day – ha!).  Over the last several months, however, I have found a few major winners that I pretty much have to recommend to you immediately (and by immediately, I mean over the course of the next few posts, of course…).  All of the novels that I’m deeming “spectacular” are the type that you wish you could read for the first time again and again.  Check out each one as soon as you can – you’ll thank me now, and when you’re done with the fabulous characters and stories, we can commiserate together that we can’t go back and read each one again for the first time.

Without further ado, I offer you a four-tiered review post of what I’ve been reading lately.  I’ve been trying to only review books with “wife” or “marriage” in the title, but another slipped in there too.

The Paris Wife by Paula McLain. Only my new favorite book.  If I talk with you in person about books, I’ve already recommended this one, so just bear with my gushing once more.  The Paris Wife tells the story of Ernest Hemingway’s first wife, Hadley Richardson, and their relationship’s ups and downs both stateside and abroad.  Paula McLain captures the emptiness, excess, loneliness, glamour, and adventure of the Lost Generation perfectly.  F. Scott and Zelda Fitzgerald, Gertrude Stein, Ezra Pound, and many other big names make appearances, which is enough for this English nerd to form a new obsession.  Even if you didn’t major in literature, though, you’ll enjoy Chicago, Paris, and Pamplona during the Jazz Age, and the globe-trotting is all pretty exciting.  Most importantly, though, Hemingway and Hadley’s relationship – full of love, passion, dramatics, and betrayal – rings emotionally very true, and McLain’s writing is superb.  I read some Hemingway in college (For Whom the Bell Tolls my current favorite), but The Paris Wife has led me to add A Moveable Feast, Hem’s autobiography featuring Hadley, to the very top of my reading list, followed closely by Z, a new release about Mrs. F. Scott Fitzgerald.  If Z is anything like The Paris Wife, it’ll also be on my list of new favorites. 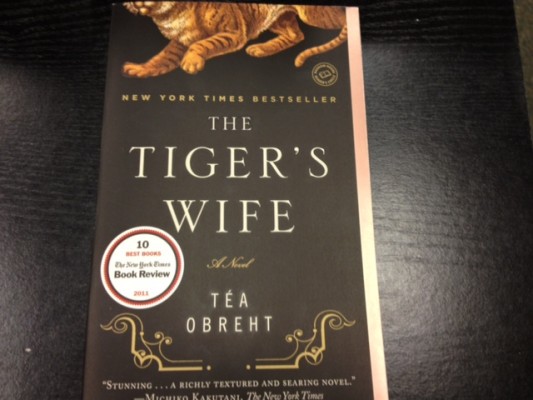 The Tiger’s Wife by Tea Obreht.  I’m so mixed on this one (even though I do have several friends that love it).  The author writes beautifully and creates an extremely vivid mythology in her book with layered flashbacks and fables.  However, I still had a bit of a disconnect with the main characters and felt they could be further fleshed out, and several of the flashback stories contained so much pain that the novel became a bit hard to finish.  I’m admittedly a bit of a wussy, though, and the truly tragic (yet subtly, impressively composed) segments were easy enough to flip through with one eye squinted half-open.  Perhaps because the sense of place was very ambiguous and disorienting for me, I had trouble connecting (the detached third person narration and quick switches in time periods didn’t help either).  However, some of her images and stories are haunting, and I won’t forget them.  Additionally, if history and/or political science is your cup of tea, you might be fascinated with the allegory she creates to capture the Balkan war – I admire this from an admittedly uninformed perspective based on my very negligible grasp of Southeastern European history.  All things considered, though, I would definitely read Obreht’s next book as I think she has fabulous talent and a strong sense of story-telling, but The Tiger’s Wife didn’t personally connect with me on an emotional level.

One take it or leave it: 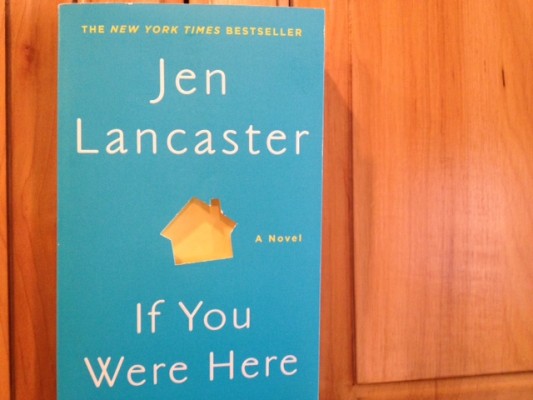 If You Were Here by Jen Lancaster.  Kind of cute, kind of funny, yet kind of cliche.  I bought this book because the main character watches a lot of HGTV, attempts some pretty crazy house projects, and is pretty well-versed on pop culture (yeah, sometimes I read about characters just like me…).   I get that the author probably wants to parody a lot of these renovation situations and decorating obsessions, but I thought she used too heavy of a hand here, and the ending felt way too cliche and easy (when stuck in advancing your plot, just send in a “fairy godmother” – otherwise known as deus ex machina, which I tend to spot in tons of stories today).  If you want something super light and silly, maybe give this a try, but don’t expect fine literature here, and I’m not sure the book’s dramatic, glamorous, or absorbing enough to achieve any kind of “guilty-pleasure” status (unlike a good Elin Hilderbrand beach read, etc).

Just go ahead and leave it: 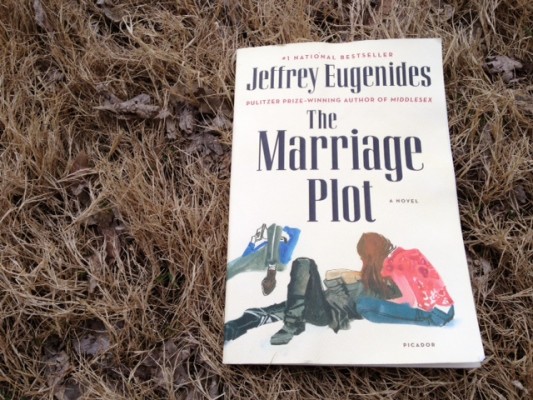 The Marriage Plot by Jeffrey Eugenides.  I’ve got a pretty open mind about books and no matter what, I will finish something that I start, but this one was painful.  It started out with so much potential as this author’s writing and voice are really strong; I really enjoyed the spareness to his words and his unique turns of phrase.  The back cover makes the book sound like a story I would want to write – sharp college kids in the 1980s soaking up academics and other rites of passage while going through a lot of drama, including an unrequited love triangle between the three main characters (one with a super cool name, too: Mitchell Grammaticus).  Lots of potential here, right?  And come on, the author is a Pulitzer Prize winner.  However, the story was super depressing (not sad or tragic, just empty and generally discouraging about the overall human condition), and the characters were awful people that I couldn’t embrace at all.  Even as these factors became depressingly obvious mid-way through the book, I had to finish: after all, the ending will suddenly shine significance and meaning upon the entire novel, and I’ll gain a sense of closure and peace, right?  Totally wrong. I just can’t recommend this one at all; it was one of the most unfulfilling reads I’ve experienced in quite some time.

I’ve got more spectacular, solid, and so-so books to review for the next post, so check back soon!  In the meantime, let me know if you’ve read anything excellent lately!